by S. H. 3 comments
There are lots of awesome brunch places in NQ, and Fress is the “Voted Best Brunch in Manchester 2017”. Therefore, S decided to give it a try! There are two branches in Manchester, one Northern Quarter and one in Didsbury village.
The one S went to was in Northern Quarter, it is a quaint and fancy little restaurant. It’s not far from Ezra & Gil which S went before. Since S and A are meat lovers, we decided to order Pork belly pancakes and beef brisket potato hash instead of French toasts which seems to be a popular item here on the menu. Fress doesn’t just sell brunch but also have lunch and dinner.
Interesting flavour with pork belly pancakes since the sauce that is surrounded on the plate is chili sauce and mix with the maple sauce on the pancake. The mixture taste of spice and sweetness gives this dish an exquisite touch which is definitely worth a try! 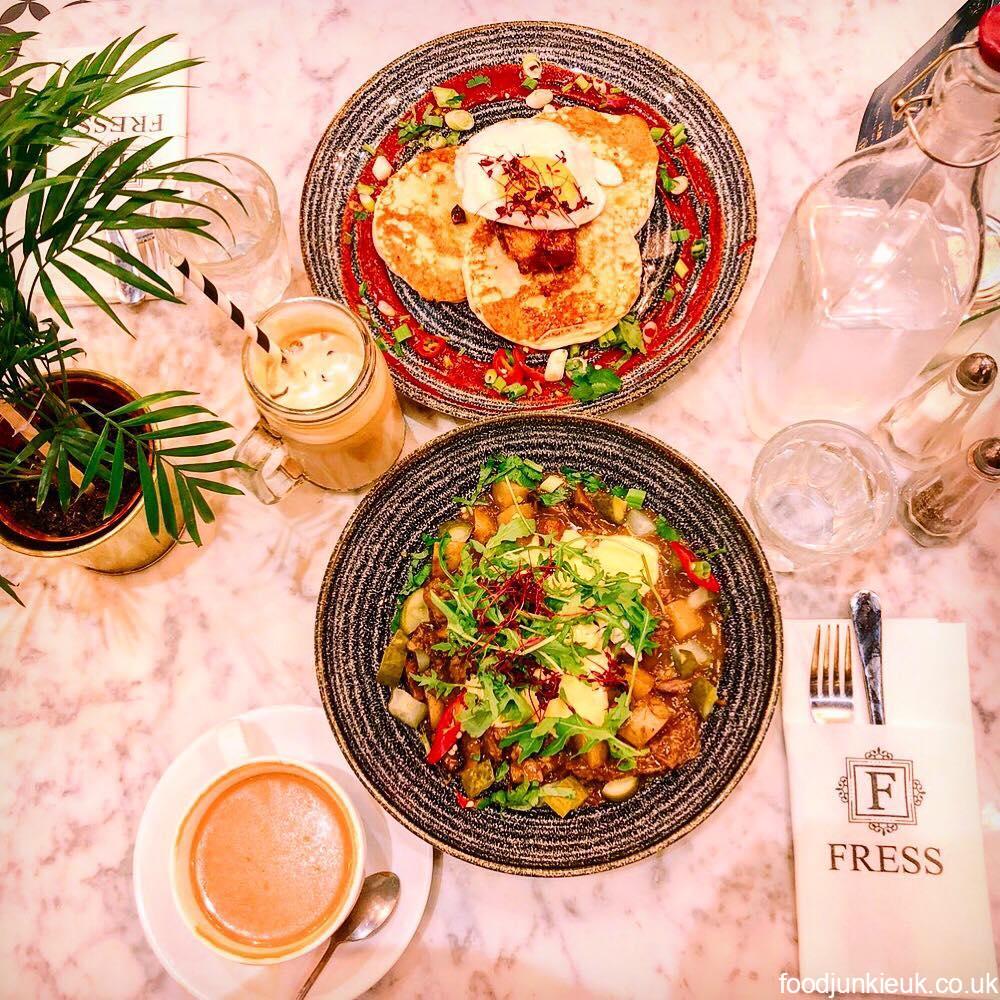 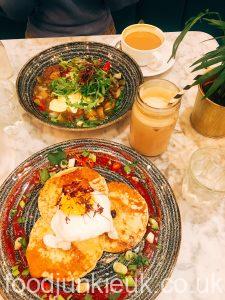 I’m a food junkie from Taiwan and blog my experience eating at restaurants which are mostly based in Manchester and across the UK. Life is too short to not enjoy it. Just try everything once while you can! Hedonism is a choice of life.

All You Can Eat Sushi – Sakura Japanese...

[…] more clearly for the ingredient and the size of the dish. Here has different atmosphere compared to Fress Restaurant which also is a nice brunch place in Northern Quarter, the staff and the food here just give people […]

[…] many different types of brunch restaurants located in the Northern Quarter, such as Federal Café, Fress Restaurant or Erza & Gil etc. The one S went to that day was Evelyn’s, and it is located in an alley […]

[…] and a bun instead? S found this place at the edge of Northern Quarter which is just in front of the Fress Restaurant. The sign of the restaurant was subtle but it doesn’t mean it’s easy to miss. With the […]

Provide honest reviews and food ideas around Manchester and the places S has traveled.